Home > Blog > THC breathalyzers may be coming to Texas soon

THC breathalyzers may be coming to Texas soon 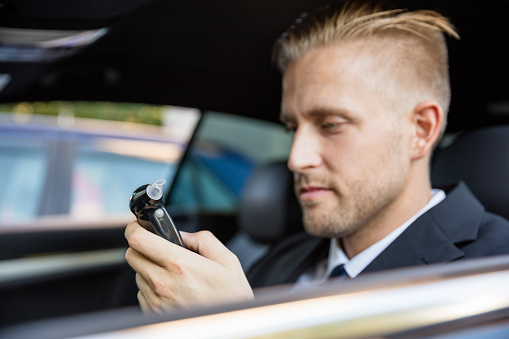 The waitlist is growing for a new THC breathalyzer that promises to revolutionize the detection of marijuana use.

California-based Hound Labs says its marijuana breathalyzer can detect if a person has smoked marijuana within the last 4 hours. The THC breathalyzer is being pitched for use in roadside sobriety checks as well as the workplace. It is expected to be released sometime in 2021.

In Texas, where the penalties for breaking marijuana laws are harsh, the new equipment could lead to some false charges. Even breathalyzers that courts "trust" to detect alcohol intoxication can give false results due to outside factors like user error. A marijuana breathalyzer could have similar weaknesses.

The legal team at The Webb Firm, P.C., has been successfully defending Texans in Conroe and Montgomery County against faulty alcohol breathalyzer results for years. If the THC breathalyzer becomes standard police equipment, we will fight just as hard for people wrongly accused of driving under the influence of marijuana.

Establishing a connection between marijuana consumption and impairment has been a thorn in the side of law enforcement since before the first state legalized recreational marijuana in 2012.

Marijuana affects everyone differently. A daily user, for example, may be able to smoke a joint then pass a field sobriety test. Meanwhile, an occasional smoker could take one puff and feel impaired.

The Hound, unlike tests that analyze blood, saliva or urine, detects THC at the parts per trillion level. The breathalyzer takes two samples - one that is analyzed immediately and another that is saved for future tests. The specimens are kept in individual cartridges.

By counting up marijuana particles, the breathalyzer can indicate whether a person has smoked marijuana within the last several hours. This is useful information, some would claim, because marijuana’s effect is greatest shortly after a person smokes it. If someone recently smoked marijuana, the flawed logic goes, then they must be too high to drive.

In Texas, though, any marijuana detected in your system while driving is likely to land you in trouble. The Lone Star State is notoriously tough on marijuana users.

While other states relax penalties and approve recreational adult use, possession of even a small amount of marijuana is still a serious issue in Texas. On a local level, some communities have decriminalized minor cannabis possession.

Texas has a legal medical marijuana program, but it is so restrictive only about 3,500 patients are registered.

Recently, state politicians have made proposals to decriminalize the possession of small amounts of marijuana and expand the medical program to include people with PTSD or any type of cancer, as well as other conditions. The proposals could be blocked by the lieutenant governor. Lt. Gov. Dan Patrick has said he will not support anything that “weakens” Texas marijuana laws. Patrick has been accused of shooting down attempts to bring the issue forward.

Currently, possession of 2 ounces or less of marijuana could lead to up to 180 days imprisonment and a fine of no more than $2,000. The penalties only get harsher from there.

Put your trust in us

Even though marijuana breathalyzers are almost certain to have issues, they could be used to further crackdown on Texans.

Even Hound Labs recognizes breathalyzer limits. On its website, the company notes that their breathalyzer should not be used by medical professionals or for any federal drug-testing program like those run by the Department of Transportation, Substance Abuse and Mental Health Services Administration, or military.

If you or a loved one is facing charges in Texas involving marijuana, you need a lawyer who understands the impairment test shortfalls and how Texas drug laws work. The Webb Firm, P.C., has been defending clients in Conroe and throughout Montgomery County against drug charges for years.

Our firm offers free case evaluations to potential clients. Contact us today to talk to a member of our legal team about your charges, the penalties you are facing, and how we can help you.