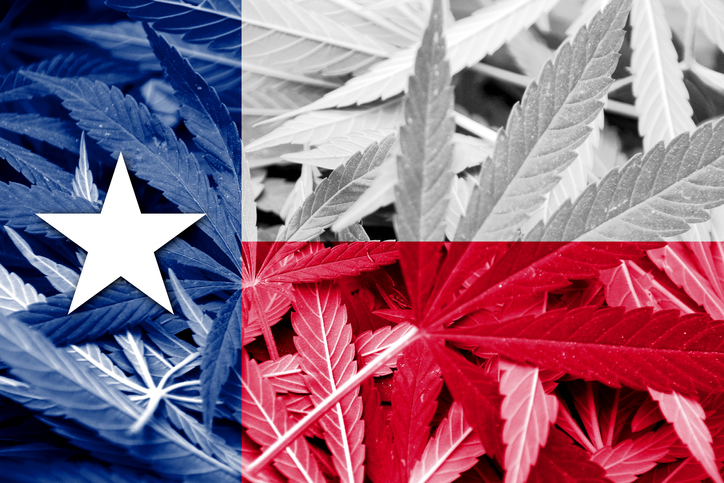 Hope for Texas marijuana reform is going up in smoke.

Of the more than 60 bills filed this legislative session to reduce penalties and/or expand access to marijuana, only two made it to the governor.

Both bills propose minor tweaks to Texas’s overly harsh marijuana laws and punishments. Neither addresses decriminalization. A bill regarding parental marijuana use was approved in May.

The bill to expand access to the state's medical marijuana program awaits action.

Where is marijuana legal?

Meanwhile, many other states are taking large leaps forward in marijuana legalization.

So far, 37 states in the U.S. have approved medical marijuana programs, 30 have decriminalized possession of small amounts, and 17 have approved recreational use for adults. Marijuana is still illegal under federal law.

Marijuana enthusiasts are trying to get around cannabis laws in punitive states like Texas by making similar products out of marijuana’s sister plant, hemp. These are called “Delta-8” products (more information on this below).

Here’s what you can expect from Texas’ new marijuana law and what’s at stake in the measure on the governor’s desk.

Texas legislators are waiting for Gov. Abbott to take action on a bill that would expand the state’s Compassionate-Use Program for medical marijuana patients and increase potency limits.

Gov. Abbott has 20 days after receiving the bill to approve or reject it. A decision will be forthcoming sometime this month.

If approved, the state’s medical marijuana program would be opened to more people including all cancer and post-traumatic stress disorder (PTSD) patients.

Currently, the program is restricted to certain types of terminal cancer, serious brain damage, multiple sclerosis, and a few other conditions.

If the bill is approved, Texas will increase medical marijuana's THC potency from 0.5% to 1%.

Texas’s stance on marijuana is so strict that people are doing what they can to find alternatives. So far, the most popular here seems to be Delta-8 THC products.

Delta-8 THC is a cannabinoid just like regular THC, which is technically known as Delta-9-tetrahydrocannabinol or Delta-9 THC.

Both are forms of THC, but only Delta-9 is made from cannabis. Delta-8 is made out of cannabis's sister plant hemp, which is legal. Delta-8 sellers and users are operating within a gray area of the law.

Hemp is fine to grow, but using it to get high gets around Texas's overall goal of stopping people from getting a cannabis high. A provision to outlaw Delta-8 in Texas was removed from proposed laws this session.

In May, Texas lawmakers passed a bill that bars protective services from removing children from homes where a parent’s only crime is using marijuana.

Starting Sept. 1, in most cases, a positive drug test for marijuana will no longer be reason enough for the state to take away your kids.

This is great news for many families. Since 2015, Texas has increased child removals by 20%.

Regardless of the child's actual care and treatment, in some jurisdictions, officials argued that marijuana-using parents are abusing their children by neglect.

Marijuana use largely drove the increase in child separations, according to the state. Texas parents are referred to addiction treatment programs for marijuana more than any other substance.

if you've been charged, see how a criminal defense lawyer can help

The Webb Firm, P.C. in Conroe has extensive experience defending clients who have been charged with marijuana possession in Texas.

We work hard to keep the state’s overly punitive stance on marijuana from ruining our clients’ lives. Did you know, for example, that being found guilty of possession of a small amount of marijuana can lead to up to 180 days of incarceration?

Marijuana law is a confusing topic right now in Texas. Amid all the uncertainty, having an aggressive, experienced, and knowledgeable criminal defense lawyer on your side is critical if you're facing drug charges.

As a former assistant district attorney, Amanda Webb knows how to craft an effective legal strategy with the goal of getting you the best possible outcome in your case.

Crippling fines, jail sentences, and a criminal record can ruin your career, relationships, finances, and home life. That's why you need an attorney on your side who can defend your rights and fight to have your charges reduced or dropped.

Contact us today for a free consultation to see how an experienced criminal defense lawyer can help you. Our office is located in Conroe, TX and we proudly serve clients located throughout Montgomery County.