Home > Blog > Texas Expungement: How to Pass a Background Check When You Have a Criminal Record

Texas Expungement: How to Pass a Background Check When You Have a Criminal Record 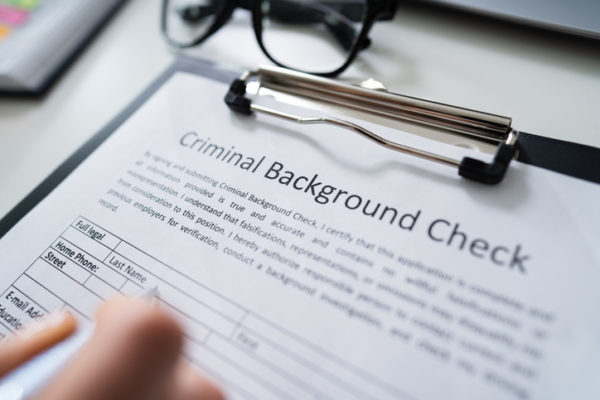 For many people, a run-in with the criminal justice system leaves a mark.

It doesn't matter whether the charges against you were dropped or you completed a 20-year sentence. Once you have any type of criminal record that shows up in a background check, it often takes legal action by an expungement attorney to keep the past from ruining your future.

It may be unfair, but many employers, landlords, and universities use criminal background checks to weed out those with a record.

This means that innocent people as well as those who have paid their debt to society have to overcome major hurdles to gain housing, education, and employment. Being barred from these institutions would make it difficult for anyone to build a successful life.

At The Webb Firm, P.C., we believe that once you've completed your sentence, you should no longer be punished for the past. Our Texas-based criminal defense team helps people expunge and seal their records. We break down the obstacles standing in the way of your goals and fight hard to get you a clean slate.

For many people, once records are hidden from public view, housing, higher education, and employment become easier to obtain.

Can I get my record sealed or expunged?

Estimates say that about 1 out of 3 American adults have criminal or arrest records. But not everyone is eligible for record-sealing or expunction.

In Texas, there is an ongoing effort to expand the types of crimes and activities that can be wiped from a person's record. Texas is among five states considering a "clean slate" act that would remove some allegations and crimes from public view after completion of a sentence and/or years go by without trouble.

Right now, Texas expunction and record-sealing is limited and guided by many technical rules and regulations. Getting a record removed often involves filing a detailed and persuasive application and successfully presenting yourself before a judge at a hearing. If that doesn't work, an appeal may be necessary.

An error on the application or in court could ruin your case. That's why many people hire expungement lawyers to file petitions for record relief.

Your circumstances will determine whether you can get an expunction or record concealment. Expungement and sealing may sound like similar options but are actually quite different.

Sealed or expunged — what's the difference?

Convictions and arrests are physically cleared from your record with a successful "Order of Expunction" (OOE). In Texas, although there are exceptions, records eligible for expunction include:

Crimes that do not qualify you for expungement include child molestation, prostitution, vehicular homicide, and other violent crimes. You may, however, be able to get this type of record concealed.

Sealed records are generally not visible to the public and give the appearance that a conviction or arrest did not occur. In Texas, sealed records may still be accessed by law enforcement, government agencies, the court system, and for certain licensing purposes.

Misdemeanors, as well as first-time driving while intoxicated (DWI) convictions where no one was injured, can be sealed by petition for non-disclosure (PND).

People who are eligible for sealing include those who were convicted of:

In general, to qualify a person must also have successfully completed their sentence, stayed out of trouble, and have an otherwise fairly clean record. There may also be a waiting period to apply.

It is unlikely but not impossible for violent offenders to win PNDs. There are exceptions to every rule, and an expungement attorney can help you figure out how the law applies to your specific situation.

Talk to an expungement lawyer to explore your options

If you are seeking to have your record expunged in Texas, contact our law firm to consult with an experienced expungement attorney who has a history of successful applications to seal/expunge. At The Webb Firm, P.C., we understand how important a person's record is to their future. That's why we put an emphasis on helping people pursue a clean slate.

Find out how our law firm can help you and contact us today for a free consultation. We're located in Conroe and serve clients throughout Montgomery County, Texas.