Home > Blog > How To Fight Back Against Texas Assault Charges

How To Fight Back Against Texas Assault Charges 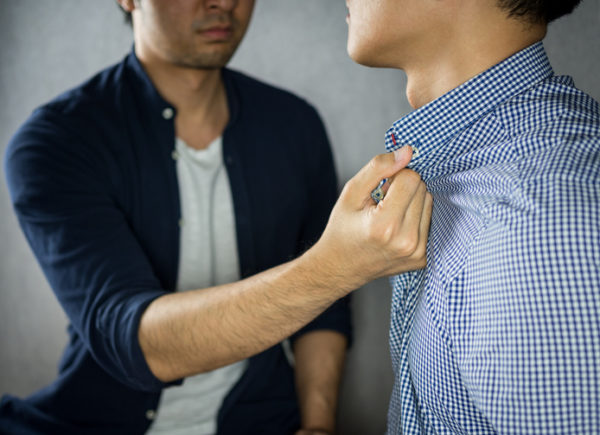 See what a criminal defense attorney in Conroe, TX has to say

Assault is one of the top 10 most common charges in the U.S. Every year thousands of people face the serious and harsh possibility of an assault conviction.

In Texas, the stakes are particularly high. A misdemeanor assault can get you a year in jail and thousands of dollars in fines. Prosecutors sometimes like to bump up the severity of assault charges to put pressure on defendants to make a deal or provide information.

Oftentimes, people accused of assault were defending themselves or others. They may feel like it is impossible to fight the charges, but there is hope. Just because someone says you assaulted them does not mean the situation went down the way they describe it. There are various degrees and types of assault. Sometimes an act of self-defense can be twisted around into an assault charge against the victim.

Types of assault charges in Texas

Before you can choose a defense, it's important to understand what type of charges you're facing.

In Texas, there are various types of assault, each with its own penalties. In general, all assault charges fall into three categories — intentional physical harm, deliberate threatening of another with imminent physical harm, and using physical contact that is knowingly offensive or provocative to another person. An assault charge is upgraded to an "aggravated" assault if the harm is "serious" and/or involves the use or display of a deadly weapon.

Various degrees of assault recognized by Texas include:

Charged as Class A, B, or C. A Class C misdemeanor does not need to cause physical harm. Class A is the most serious and can result in a $4,000 fine and up to a year in prison.

Charged as first, second, and third-degree. When an assault is directed at certain people, like police and firefighters — it can be elevated to the level of a third-degree felony. The most serious felonies are first-degree. This charge often applies to allegations of violence against family members, dating partners, and if there is a history of assault.

Every assault charge is different, so every defense is different. But there are some basic principles that can be applied to most cases. For the most part, you must give a good reason for what happened when you are fighting an assault charge.

The consent defense applies in some jurisdictions and means that the person who was allegedly "harmed" had consented to the act for which you are now being charged. In cases involving consent defense, a prosecutor will often claim that the limit of consent was exceeded.

Talk to a criminal defense attorney if you've been charged

The Webb Firm, P.C. knows how to fight back against assault charges in Texas. That's because attorney Amanda Webb worked as an Assistant District Attorney in Montgomery County for years and understands how the prosecution thinks.

If you or a loved one is facing an assault charge in Texas, contact us today for a free consultation with an experienced criminal defense lawyer. Our law firm serves Conroe, Montgomery County, and the larger area. We are available 24/7, and we're ready to hear from you right now.