Home > Blog > Guilty of Having Criminals for Friends

Guilty of Having Criminals for Friends 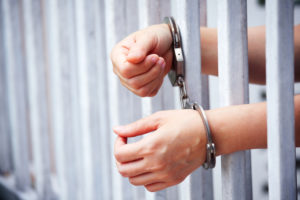 Having guilty friends can make you guilty, too.

It’s called “guilt by association” – the assumption that you approve of a friend’s criminal behavior, so you must have engaged in it, as well. If the neighborhood gossips do not approve of the company you keep, that’s one thing. If law enforcement, prosecutors, juries and judges believe the same, you’re in serious trouble.

Legally, it can be known as being an accessory to a crime. A person can be considered an accessory if they try to hide evidence or assist the person committing  the crime. In general, the law does not care if you thought you were helping a friend or whether you had no prior knowledge of their intentions.

Here Is How It Can Happen

A friend asks for a ride to the store. You’re a good friend, so you agree, drive them there, and wait in the car while they go inside. They come out, get back in the car, and you drive away. Several minutes later, your friend tells you that they robbed the store. You could be considered an accessory – guilty by association.

You can try to prove you did not know your friend intended to rob the store but it can become your word against theirs. What happens if your supposed friend, as part of a plea deal with prosecutors, testifies you willingly agreed to drive the getaway car? Also, if you fail to report your friend’s crime, the law is going to see you as an accessory.

If you’re the victim of “guilt by association,” you’re caught up in a complex legal situation that may seem to be out of your control. You may be wondering whatever happened to the concept of “innocent until proven guilty.” The police and prosecutors – and witnesses who will testify against you – have already made up their minds.

Texas criminal defense lawyer Amanda Webb will fight aggressively for your rights – the same rights that everyone else seems to be ignoring. She knows you should be judged on your own character, not your friend’s. Based on decades of experience, she knows state laws, the Texas court system and professional experts who can turn your misdemeanor or felony case around in your favor. Contact her today for a free consultation.